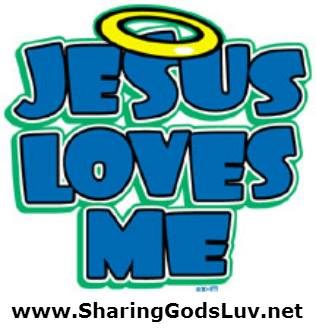 Poems from the Lord

These poems are not ‘mine’, though they bear my name! I cannot claim the glory, for I know that they, and the ability to write them, are a gift from God. Not every poem is a direct inspiration from Him; many are, but others cover my heart cries, or requests for a certain subject. Then I ask God for His help and inspiration. Some come easily, others require work, but none is included unless I’m sure it is God honouring.

This gift was birthed, January 25th 1996. I went with a friend to a mid-week meeting where the guest preacher spoke on creativity within the church. After the address, he called for people to go forward for prayer for an increase in their creativity for the Lord. (At this stage I was still very much a coward, nervous of altar calls.) Well hidden, six rows back and right in the middle of a row, I felt safe. I had not counted on God’s involvement, He was telling me to go forward for poetry! I protested that I didn’t write poetry, any I had written at school hadn’t even made it to the school magazine! He persisted! I took another tack, “It’s too hard, I’d have to push past everyone and walk all that way on my own!” No problem; He just caused more people to go forward, and more chairs to be removed, until I was on the front row! “Now will you go forward,” He said, “it’s only a few steps and you certainly won’t be on your own, as I will be with you all the way.” How could I refuse? I went forward and was prayed for. The Lord spoke to me of the pleasure I have always gained from hearing and reading poetry; He wanted to give me the gift of being able to write it. Who in their right mind would knock back an offer like that!Now the Lord dealt with a fear which had plagued me for over 35 years and was most active between 2-4am It is no coincidence that this is often when the Lord wakes me for a poem, though I only made this connection much later.

My first poem came in the early hours the following morning, “Clouds”, was not entirely new, though I’m not sure when I recognized parts of it. There was a time as a teenager, when though searching for God and so hungry for Him, I was convinced I could never be acceptable to Him. Alone with my thoughts, in the back of my parents’ car travelling home of an evening from a day in the country, I would gaze at the gradually darkening sky and as the first stars began to appear, I would imagine God peeping down at us. I recognize the phrases ‘The clouds of night are drifting’ and ‘The stars of night are shining’ and in that distant verse, God was peeping through those stars! Perhaps He was planting a seed in me then; maybe I should have responded then; but the Lord knows the plans He has for us, and if we miss an opportunity through ignorance, fear or circumstance, He will give us a second, third, fourth or as many chances as we need. All He needs is a willing heart, and He will be there instantly, to bless us and give us fresh opportunities to draw closer to Him and grow: – in our likeness to Christ, our confidence in ourselves through Him, and in our ability to reach out to others for Him.As you read these poems, may God use them to bless you, may they touch your heart and enrich your walk with the Lord, and may you be encouraged to reach out and grasp every opportunity He has for you.God bless you, Ailsa Yates

7 comments on “Poems from the Lord”

JUDAS DID YOU CRY? 21/3/08
https://sharinggodsluv.net/judas-didyoucry/

Jesus Love Me, all rights reserved.